The term a 'painter's painter' occurs reasonably regularly and seems to define a painter, usually in the latter stages of life and work, whom, whilst respected and known, rarely finds renown beyond a tight circle of friends, collectors and artists. This does not imply they are not 'successful'. It might be argued that their relative 'obscurity' has preserved a working life that has allowed them greater freedom to choose their own artistic pathway. Albert Kresch may well be one such of these. I've not seen his work beyond reproduction but I am reminded of an occasion when I was in the Gallerie dell'Accademia, Venice. In a fine room of 20th century painting one small canvas by Emil Nolde, shone out like a jewel. I have a sense that Kresch's work is of the same intensity. Here are a few of his words in an interview with artcritical:

ALBERT KRESCH: Let me start with a couple of quotes. One is the definition of painting by Degas that I like. He says “painting is the ability to surround a Venetian red so that it looks like vermillion.” And the other is a Roualt quote, “subjective artists are one-eyed but objective artists are blind”. Now I don’t completely agree with that because I tend to feel that a painter could be both subjective and objective

Is the color something that takes form from observing the landscape, or do you find that once you are in the studio? Could you talk about your methods and how the paintings take shape?
When you’re in the landscape you’re sometimes distracted by the view. It’s necessary sometimes to pull the parts together into one complete unity. When I get to the picture later in the studio, it makes sense because you distance yourself. Bonnard talked about how he couldn’t just work straight from looking; he would turn his back to the scene from time to time. He said that Titian had the power to just look at what he does and paint what he sees at the time. I’m not that kind of painter. I believe that you sometimes need to be away from the view to get the final touches in.
I used to discuss this with my friend Bob DeNiro, who was all for just working on the painting and finishing it in nature. Bob would say to me- “Do you think Soutine would work on a landscape painting in the studio?” Well, unfortunately I didn’t get to say this to him before he passed away, but I read a memoir by Soutine’s girlfriend in which she said that he would sometimes work in the studio on these landscapes. So, I’m not alone.
Since I’ve been painting a long time, I remember a statement that Braque made: “With age, art and life come together.” When I was younger, I didn’t quite understand it, but more recently I can see what he meant. When I wake in the morning, out of the window I see the buildings, I observe the trees. At certain points in my life when I was younger, I couldn’t figure out what to do with my observations. There would be a struggle, a warfare with the painting. But more recently, when I look outside I know almost immediately the rhythms, how the colors are going to work, and what I have to do to start the painting. I think of “Hot” and “Cool” as in jazz – here meaning “Emotion” and “Formal”, where ‘formal’ is equivalent to structure. Another way to put it is “Free” and “Formal”. My artistic life has been a search for a seamless resolution, or synthesis, of the paradox in painting between structure and freedom.
See more at: artcritical.com
The image above was sourced from: The National Academy Museum, New York
Labels: Masters Process of Painting

m.cazz
I remember drawing persistently as a child and once the educational process allowed me to follow my heart I chose to study painting and printmaking at college. Graduating with first class honours in the mid 1980’s, and feeling for a way ahead, I accepted an opportunity to enter the world of graphic design. Today, graphic design is no longer a part of my working life but it still informs aspects of my creative practice through graphically inspired fine art giclée prints. Meanwhile, I continue to love the stuff of paint and the potency of colour. My landscape painting is broadly referential but by returning to certain subjects I have the opportunity to develop an ongoing dialogue; something I value. Whether working on site, in the studio or at the computer. I like to believe that art has a relational aspect to it. Artist and viewer choose to share a moment of intimacy. What the artist offers and how the viewer reciprocates determines the quality of the relationship. 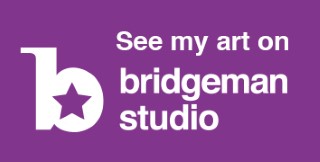